Home Uncategorized How to increase resolution of an image on android 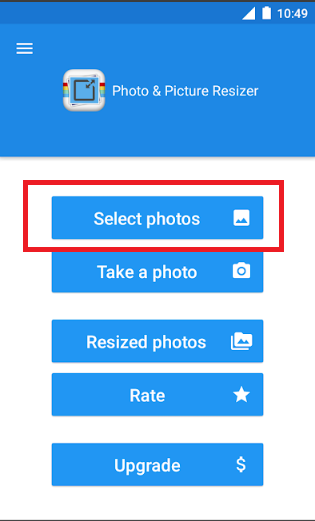 Taking a selfie and posting it on Instagram and Facebook like social media platforms is common these days. Millions of images are daily uploaded to the social media. It’s kind of fun and sharing moments with friends and family members. But, sometimes on social media platform, let’s say Facebook when we try to add a cover photo, it gives us Image pixel warning. It’s because there’s image resolution justified for cover pics and a user can’t upload a picture lower than that resolution. Same for YouTube channel art and many other websites.

In such scenario, we need to increase the image resolution. Maybe the pic you’re trying to upload is only a few pixels shorter than they wanted. So, instead of capturing the picture again, it’s better to increase its resolution. There are many ways to do this but if you own an Android device, you can do this on your own using your smartphone only. No need to switch to some online tools or PC software, just your Android smartphone device.

Android has crossed over two billion monthly active users. It’s a very big number and Android deserves it because Google’s vision is to provide smartphones to at cheap price as well. Because of the fact that Android OS is open source, developers from all around the world are developing beautiful custom ROMs and add-ons which gives more power to the user.

Almost every single office tool is now available on Android Play Store. Millions of apps and games are available on PlayStore for free. There are many image resizer apps as well which can resize your image to the size you want. We’ve shown two ways to increase resolution of an image on Android.

Both these methods are by using two different apps which are pretty much popular and you might have one of them as well.

Methods To Increase Resolution Of An Image On Android

We’ve used following apps. You might have any of these installed on your Android device:

In most of the cases, PicsArt Photo Studio might be installed on some user’s device because it’s quite a popular app on Android platform to edit pictures. If you have this one installed, then there’s no need to download anything from the PlayStore. Just follow the 2d method and increase the resolution of image easily.

This app is quite popular and very useful when it comes to adjusting image resolution. It’s also very easy to use and available for free on PlayStore.

The app is quite easy to use right! You might uninstall the app once your work is done or keep this app on your device to use in future.

This app is quite popular on PlayStore for editing pics. Users can do many amazing things using PicsArt Photo Studio like increasing the image resolution.

Below is the step by step guide to do that using pics art:

That’s all you need to do, the picture is resized now plus using some other features in this app, we can add other editing effects as well.