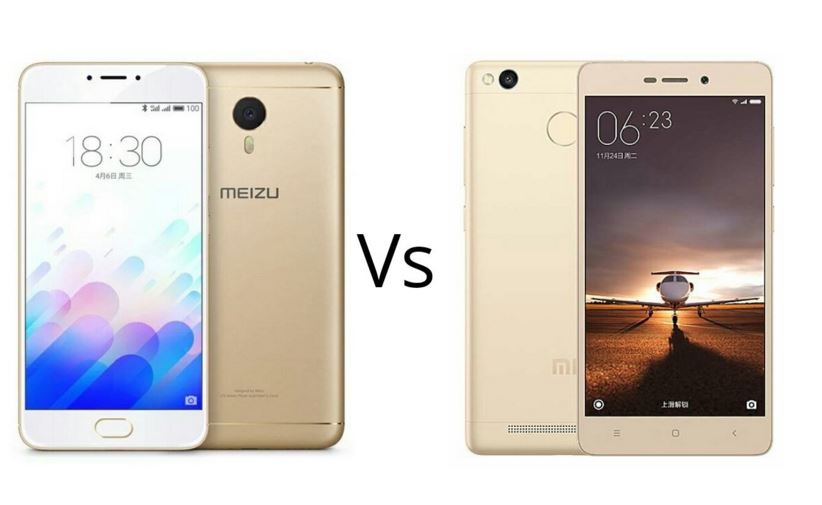 The battle of the budget smartphone models is ever intense in this vast and massively competitive market. Among the innumerable mobile manufacturers, the competition is especially more intensified among the Chinese mobile makers who play an important role in the mobile market and dominate the budget smartphone segment. There are many Chinese smartphone makers that are very popular such as Xiaomi, Lenovo, LeEco, Gionee, Oppo, etc which are involved into a raging competition among themselves. Among these, Meizu is also raising its bar and pushing through the colossal competition to make its mark.

Meizu like its innumerable fellow Chinese mobile makers is putting its best foot forward to grab maximum customer attention. Meizu has launched its latest offering Meizu M3 Note in India, and this new phablet is posing as a big challenger for all other latest smartphones in its price range.

The new Meizu M3 Note goes directly against the likes of the latest smartphones such as the Xiaomi Redmi Note 3, Lenovo K4 Note, LeEco Le 1s Eco, Huawei Honor 5X among others all of which are in the price slab of below Rs. 15,000.

Here we are going to pitch the latest Meizu M3 Note against the much appreciated Xiaomi Redmi Note 3, to find out which among these is actually loaded better:

The new Meizu M3 Note phablet flaunts a premium all metal design that is made up of 6000 series aluminum alloy. It looks and feels very premium, especially at its price point.

When it comes to display, the Meizu M3 Note offers a 5.5 inch Full HD display that also gets a physical Home button at its bottom. The display gets a 2.5 D glass along with Low-temperature polycrystalline silicon as well as MiraVision 2.0 display technology to offer crystal clear visual and great color reproduction.

The new Xiaomi Redmi Note 3 also boasts of a premium metal uni-body design which is impressive and has smooth finish. The smartphone also gets a 5.5 inch FHD display with a pixel density of 401 ppi. The display offers 178 degrees wide viewing angle with a great Sunlight viewing technology as well as a Night mode.

Both the smartphones get excellent display quality for their asking price. Both offer metal construction, premium looks and 5.5-inch display. So, in the design and display departments, both are pretty much same.

Meizu M3 Note comes powered by a 64 bit Octa core MediaTek Helio P10 chipset, which comes with the support of 3 GB of RAM. The smartphone offers the inbuilt storage of 32 GB that can be expanded via a MicroSD card.

On the other hand, the Xiaomi Redmi Note 3 is equipped by a 64 bit Hexa core Qualcomm Snapdragon 650 processor. The smartphone also gets two variants that offer the support of either 2 GB of RAM or 3 GB of RAM along with the onboard memory of 16 GB or 32 GB.

Both the phones should offer great smooth performance, as both have impressive technical specs. However, the Meizu M3 Note certainly has the edge over here as it comes only in its 3 GB RAM and 32 GB onboard storage version while being priced at the same price as the Xiaomi Redmi Note 3’s lesser variant.

Both the Meizu M3 Note and the Xiaomi Redmi Note 3 run on Android 5.1 Lollipop OS. While the Meizu phone comes with FlymeOS on top, the Xiaomi handset comes topped with the MIUI 7.

The Xiaomi Redmi Note 3 on the other hand comes with a 16 MP primary shooter at its rear that also comes with PDAF, dual-tone flash and dual-ISP. It also offers a secondary 5 MP selfie snapper that comes braced with 36 smart beauty profiles.

In the camera department, the Xiaomi Redmi Note 3 obviously has an edge over the Meizu M3 Note which offers a higher pixel count for its primary camera. However, higher pixel count doesn’t guarantee better camera performance. The Meizu M3 Note also gets a large lens for the rear snapper and even larger lens for the front shooter for better photos. Thus, both the phones might offer equally good camera performance as well.

The Meizu M3 Note comes packed with a 4100 mAh battery, while the Xiaomi Redmi Note 3 draws its juice from a 4050 mAh battery. Both the smartphones come with massive batteries and here too, both are very similar. However, while the Xiaomi handset has been empowered with a 5V 2A fast charge technology which can charge the handset from 0 to 50 percent in just 30 minutes, the Meizu phone doesn’t mention any such quick charge convenience.

The Meizu M3 Note has also launched recently in India priced at Rs. 9,999 for the 32 GB version.

The Meizu M3 Note is very similar to the Xiaomi Redmi Note 3 and thus, a very close and capable rival. Both the models can be compared at 91mobiles.com with their specs details. 91mobiles.com can also offer comparison with other similar market offerings for the prospective buyers.

The Meizu M3 Note is gaining a lot of attention due to its more aggressive pricing as compared to its capable rival.